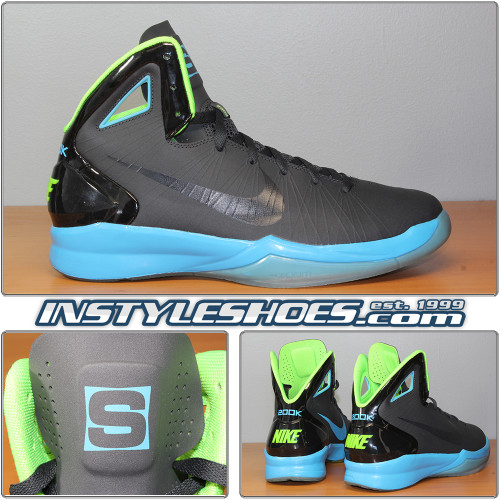 All items on InstyleShoes.com are Guaranteed Authentic.
For shipping timeframe: Please see the description below.
25% re-stocking fee on any pre-order cancellations.
See 3 more pictures

To celebrate the dual milestone of the SC Forums, Nike and SoleCollector collaborated and created these exclusive Hyperdunk’s which commemorate the 200,000 member mark milestone, and the Forum's 10th Anniversary. 65 pairs were made and were all gifted to all the Admins and Moderators on the site. The shoes consist of some sick details, such as the ‘200K' nod to the members, along with a 2000/2010 nod to the anniversary. Along the sockliner, there is a special 'Thanks To Your Help' message for the Forum staff.