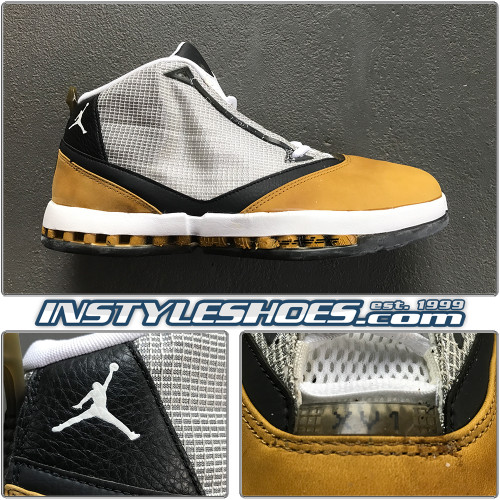 All items on InstyleShoes.com are Guaranteed Authentic.
For shipping timeframe: Please see the description below.
25% re-stocking fee on any pre-order cancellations.
See 5 more pictures

Notes - The Straps on the gaitors are broken, which is common with this model.  Paint along the air units is chipping. No significant issues with them otherwise, a very nice pair.

The Air Jordan XVI has taken some time to be appreciated, and this Ginger colorway of the Air Jordan XVI is a rare find now.  This 2001 release is one of the only few original Air Jordan's to have not ever retro'd.  These were worn by MJ in his begining timeframe with the Wizards in a few pre-season games.  A head turning pair and a conversation piece.