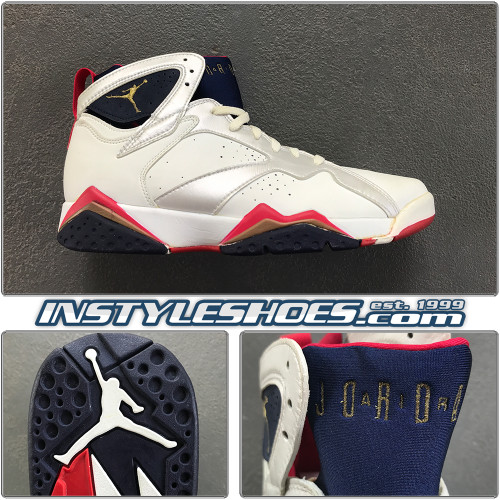 All items on InstyleShoes.com are Guaranteed Authentic.
For shipping timeframe: Please see the description below.
25% re-stocking fee on any pre-order cancellations.
See 5 more pictures

One of the more iconic shoes in the entire Air Jordan line, The "Olympic" or "Dream Team" edition of the Air Jordan 7 stands out as one of the more memorable.  Worn by MJ to capture Olympic Gold and raise worldwide awareness of the NBA and it's players.